In the morning we headed out with our host Sally to the holy site of Glendalough. From their website: “For thousands of years people have been drawn to ‘the valley of the two lakes‘ for its spectacular scenery, rich history, archaeology and abundant wildlife…

“Glendalough is home to one of the most important monastic sites in Ireland. This early Christian monastic settlement was founded by St. Kevin in the 6th century and from this developed the ‘Monastic City’. The ‘City’ consists of a number of monastic remains, and the most impressive being the Round Tower which stands 30m high.

The main group of monastic buildings lies downstream near the Round Tower. The grounds were entered through the Gateway, which has two round headed granite arches. Beyond St. Mary’s Church is the Priest’s House, a 12th Century building in Romanesque style, with an interesting carving of a much earlier date on the lintel of the doorway. 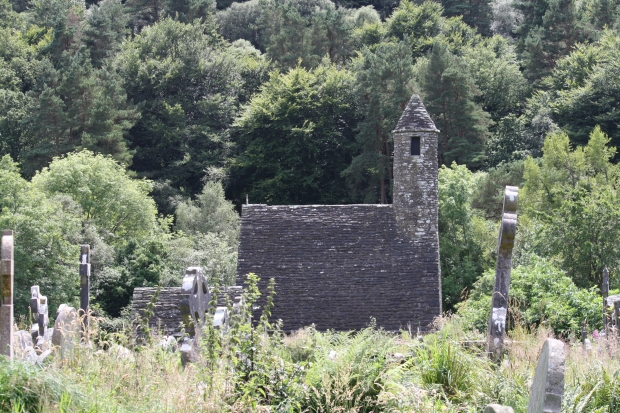 and the “Cathedral”, the largest church on the site, with a nave, chancel and sacristy (11th and 12th C),

and St Kevin’s Church. St Kevin’s Church is commonly known as St Kevin’s Kitchen. This is a barrel-vaulted oratory of hard mica schist with a steeply pitched roof and a round tower belfry (12th C). Approx 200m east of the Church of the Rock is a cavity in the cliff which is known as St Kevin’s Bed or Hermitage. At the Glendalough site on the road to Laragh, to the right, stands Trinity Church (11th-12th C). Beyond the river about 1.5km to the east of the Cathedral is St. Saviour’s Priory a church with fine Romanesque carvings on the chancel arch and windows. The remains of an old stone fort and three stone crosses can be found between the Upper and Lower Lake, and beside the Lower Lake another cross; all four are stations on the pilgrimage route at Glendalough. Near a small bridge by St Kevin’s Bed stands Reefert Church (11th C.) with a nave and chancel.”

At the lower lake we came upon a most serene setting. 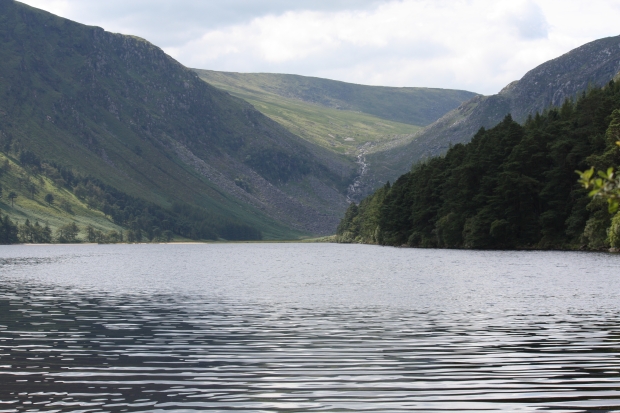 Thank you Avie, for the great suggestion. And had we not gone to Wicklow, we would never have come upon Glendalough. 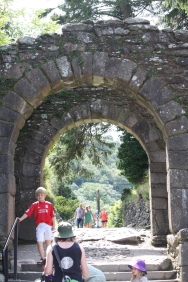 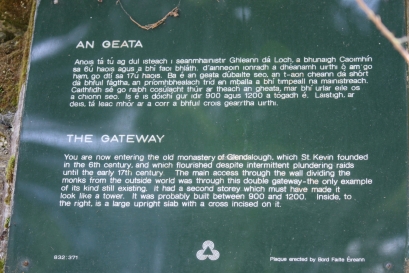 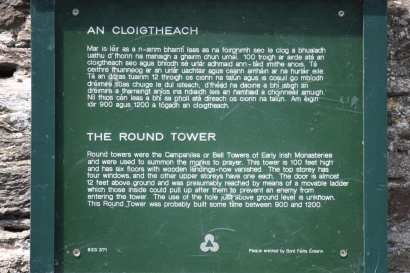 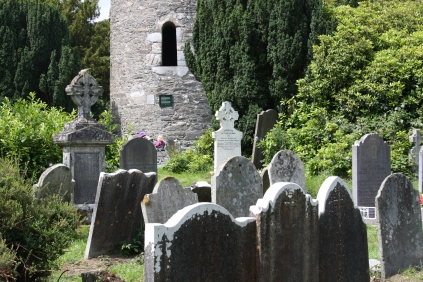 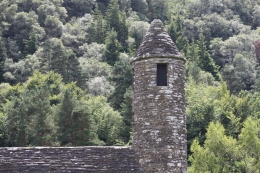 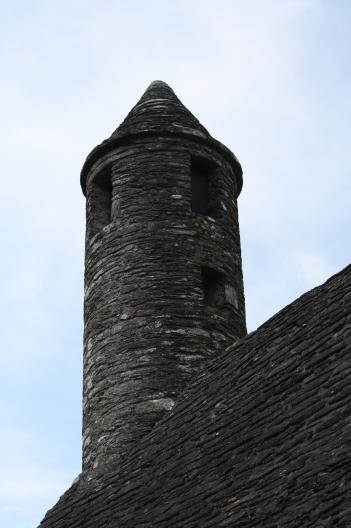 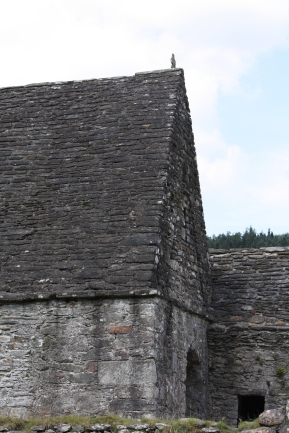 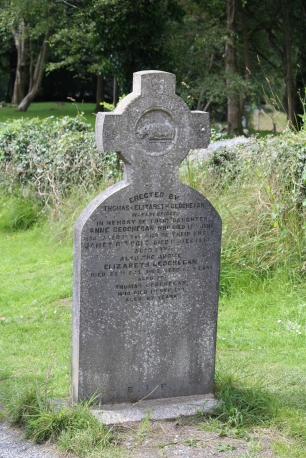