We returned to the grottoes after seeing all we could see on the main floor. But we are not allowed to take pictures there. We saw the tomb of St. Peter. The tour of the Scavi (Excavations) requires pre-planning. We did not get that opportunity today. We saw the tombs of many popes and kings and queens of Europe, among them Paul VI and John Paul I. When we exited the grottoes, we saw signs for the cupola: the dome. It only cost 5 Euros, 7 if we took the lift. But we were informed the lift was not in use today.

In the third photo, we have reached the inside of the dome above the main altar. From the first photo of the roof through a small window, we are above the dome on the outside looking out into the city. It was exhilarating. I know you can feel it when you look at the photos. The view of the piazza is particularly impressive. This is what the pope sees when he looks out the balcony the day he is elected, only the piazza is filled to overflowing. Can you imagine the heavy weight he bears on his shoulders? Thank God Someone else is in charge, really. 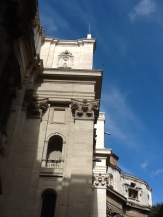 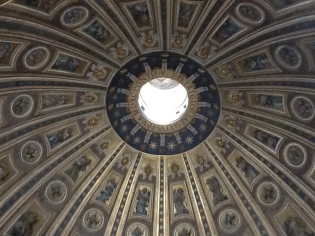 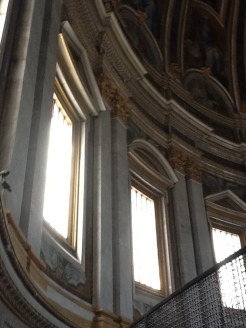 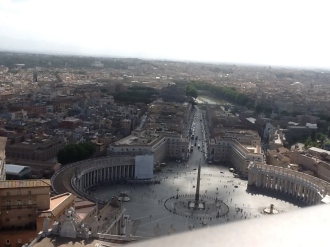 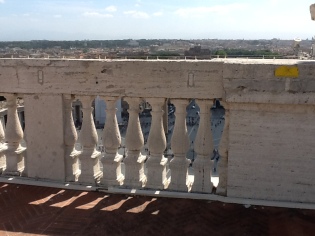 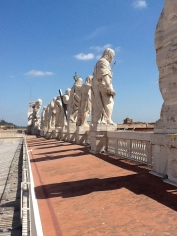 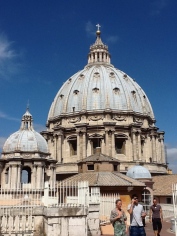 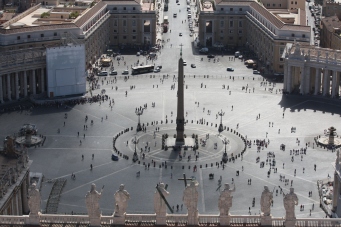 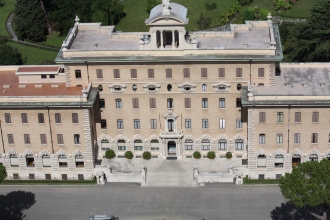 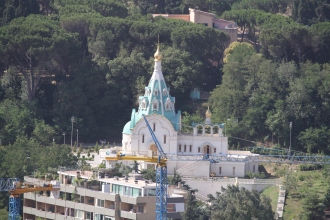 Okay, not quite what the pope sees from the balcony. We were up at the dome. The pope wouldn’t see the backs of the statues along the colonnade and atop the façade of the basilica. But I’m sure you knew that.

When we got home, we called it a day. We must have walked a few miles … including those steps up the dome and back down. Tomorrow, Assisi.