We had three hours on our own in Assisi on Sunday Morning, after which we would hit the road for Florence. After breakfast, we packed our bags and checked out. We didn’t plan on mass together, so I went in search of Sunday morning mass. There was a light rain, so I didn’t feel like walking around too much. Instead I took a walk from the Piazza del Comune to the Cattedrale di San Rufino. Mass was at 11:00 am in Italian. 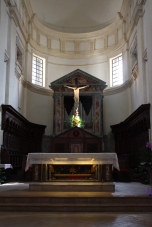 Assisi Cathedral, dedicated to San Rufino is a major church in Assisi, that has been important in the history of the Franciscan order. In this church Francis, Clare, and many of their original disciples were baptized. It was on hearing Francis’ preaching in this church in 1209 that Clare became deeply touched by his message and realized her calling. (from Wikipedia)

I had been in this church before and saw the best images of Francis and Clare I’ve ever seen. Too bad they don’t make copies to sell to tourists. 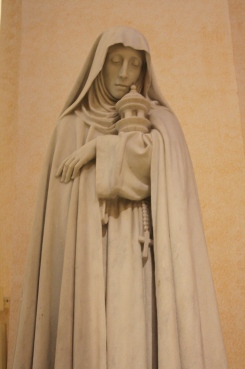 After mass, I made my way down to the Basilica di San Francesco. 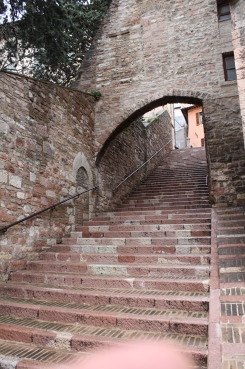 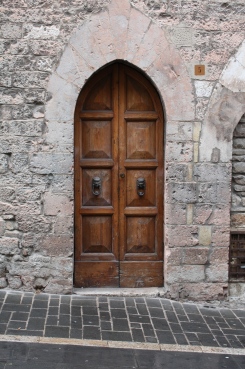 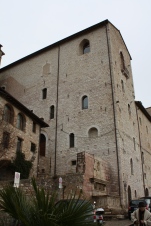 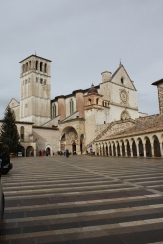 About noon we boarded the coach and hit the road for Florence. I think I slept most of the way.