Getting up this morning was not easy. The sky was overcast. The air was cooler than yesterday. But we had things to do, places to go, so out the door we went. First stop, Bunratty Castle. From the Wikipedia entry: “Bunratty Castle (Irish: Caisleán Bhun Raithe, meaning “Castle at the Mouth of the Ratty”) is a large 15th-century tower house in County Clare. It is located in the centre of Bunratty village (Bhun Ráite), by the N18 road between Limerick and Ennis. The castle and the adjoining folk park are run by Shannon Heritage as tourist attractions.” 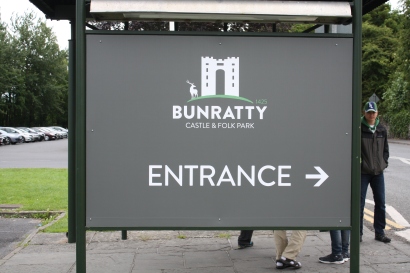 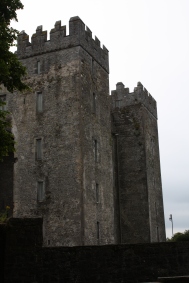 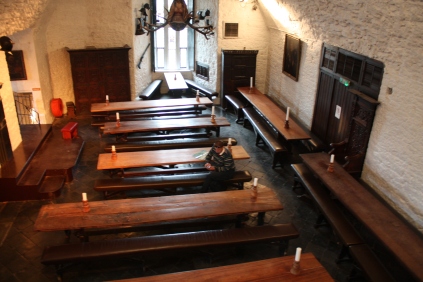 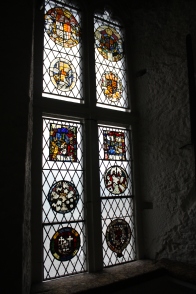 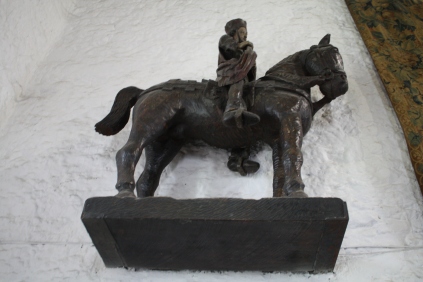 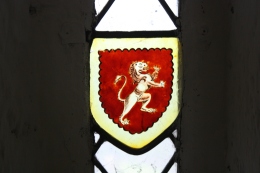 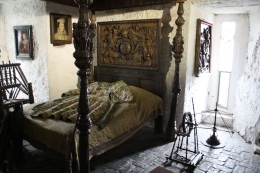 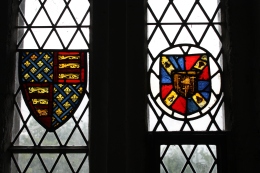 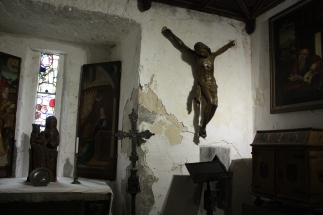 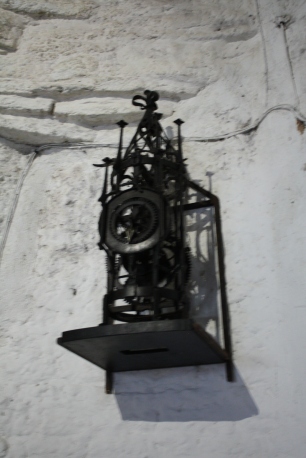 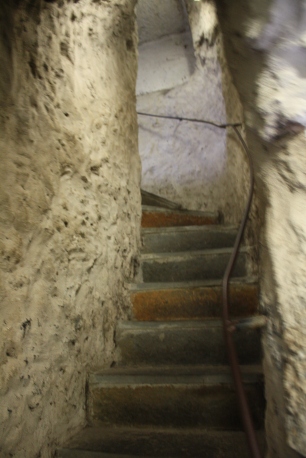 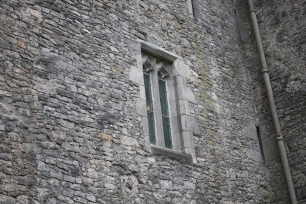 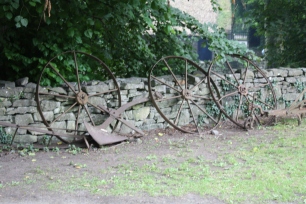 When we left Bunratty Castle, it was sprinkling a bit. It would keep sprinkling for the rest of the day. Eventually, I had a theory which I had to test in the days ahead: For every three days of rain, one day of sun. Actually, it was more like no two days of sun in a row. Days of rain can come and go as they please. The weather reporter referred to them as shower outbursts. I wonder why they never mention sunshine outbursts.

We headed up the road to Ennis (Inis) and the Franciscan friary that the town is built around. We stopped for lunch and a short walk to the friary parish church of St. Francis. 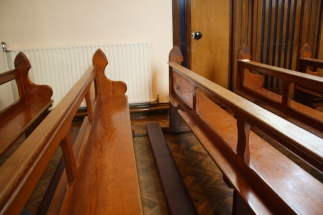 Notice the really narrow pews in the church. That’s about the size of ours at St. John, and not because they were made for children. Also, there was a shrine to Padre Pio inside the church. After a short visit (noon mass had been going on, and we arrived after communion), we walked the block around the walled property but could not find an entrance to the historic site. So we wandered into town and stumbled upon the ruins of the old friary. From the Ennis Parish page: “The precise date of foundation of the Franciscan Friary in Ennis is unknown but it is likely to have been in existence by 1250. The nearby residence of the O’Brien kings of Thomond at Clonroad probably attracted the friars to the site and the O’Briens were its chief patrons throughout the medieval period.”

“The Irish text Caithréim Thoirdhealbhaigh, a saga account of Toirdhealbhach’s reign, includes an evocative description of the friary: ‘The monastery of Ennis, diversely beautiful, delectable: washed by a fish-giving stream; having lofty arches, wall lime-whited; with its order of chastity and their golden books, it sweet religious bells; its well-kept graves, home of the noble dead; with furniture of both crucifix and illuminated books, both friar’s cowl and broidered vestment; with windows glazed, with chalice of rare workmanship.'” (http://www.ennisparish.com/parish-churches/franciscan-friary/) 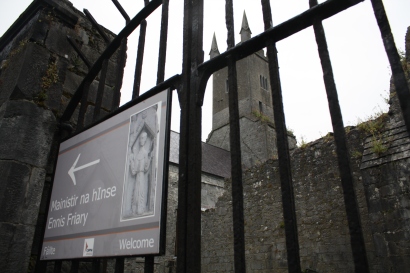 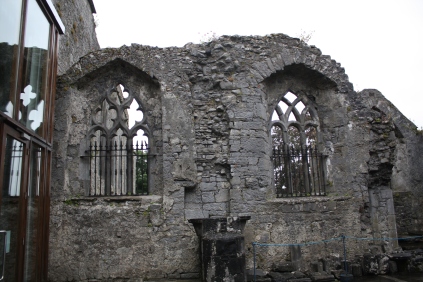 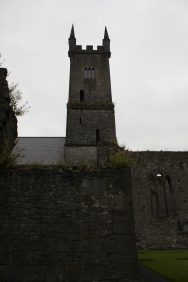 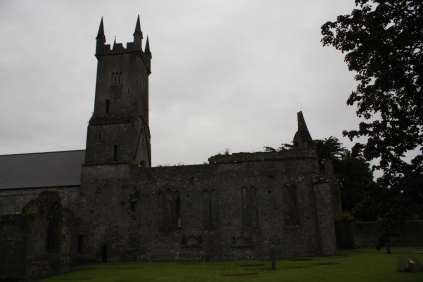 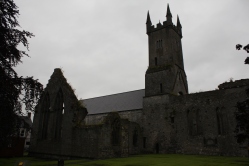 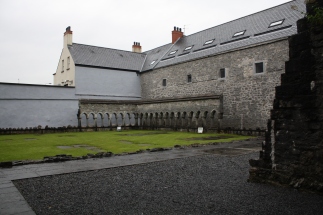 Then we headed up to Galway in what still was a steady sprinkling rain. Our only stop was the cathedral at Galway dedicated to Our Lady Assumed into Heaven and St. Nicholas. From http://www.galwaycathedral.ie: “Galway Cathedral is the seat of the Bishop of the Roman Catholic Diocese of Galway, Kilmacduagh & Kilfenora … dedicated on 15 August 1965, and as such is the youngest of Europe’s great stone cathedrals.”

It was difficult to find parking. We eventually found parking on the street, then took a tour of the interior. Very impressive architecture and artwork. My best shot was from behind the main altar looking out into the assembly. 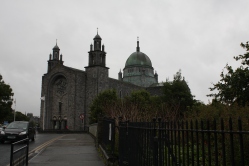 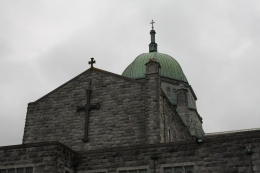 Notice again the very narrow pews … probably not too comfortable either. The main altar and the dome above. 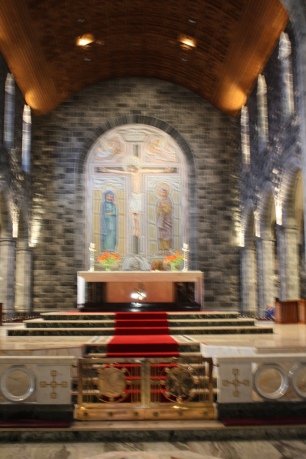 We returned to Limerick in the rain. We set out for Killarney tomorrow.