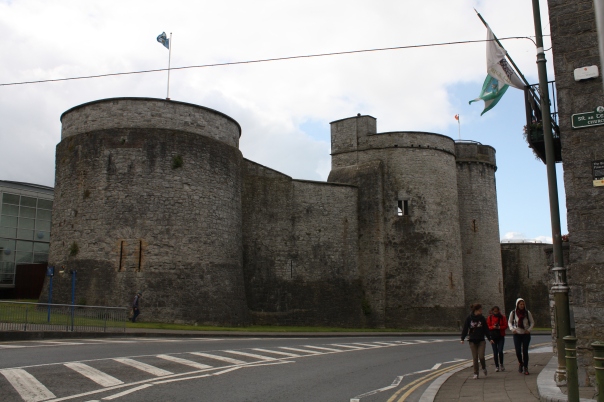 Before leaving Limerick (Luimneach) and heading south to County Kerry (Ciarraí), we decided we should at least visit the local castle on the banks of the river Shannon (Sionainne). It started out a beautiful sunny day, a little nippy, but good for looking at castles.

From the Wikipedia entry on King John’s castle: “Although the site dates back to 922 when the Vikings lived on the Island, the castle itself was built on the orders of King John I of England in 1200. One of the best preserved Norman castles in Europe, the walls, towers and fortifications remain today and are visitor attractions. The remains of a Viking settlement were uncovered during archaeological excavations at the site in 1900.” 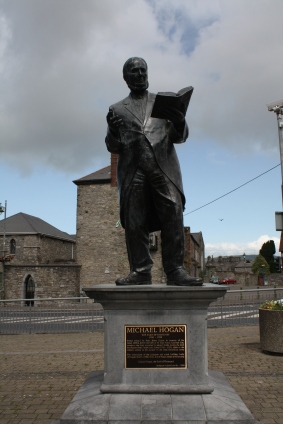 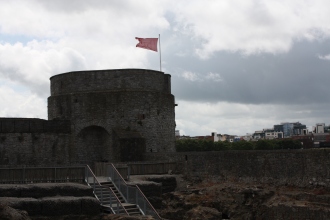 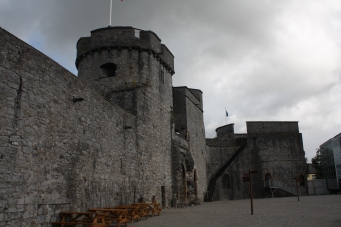 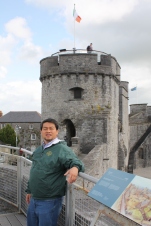 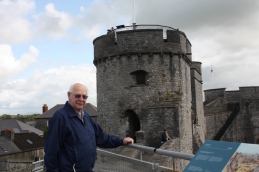 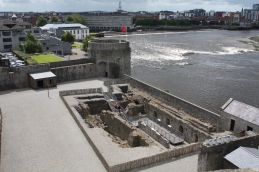 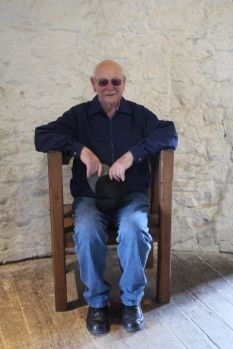 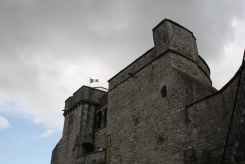 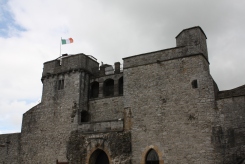 I love history recounted in 3D scale models and dioramas complete with miniature trees, cattle, and people. I don’t know if you’ll see any of the people though. 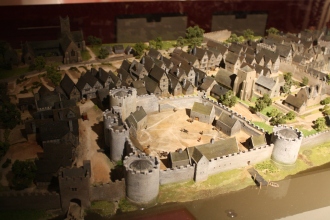 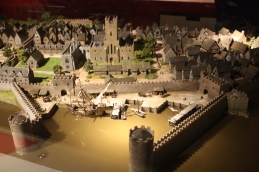 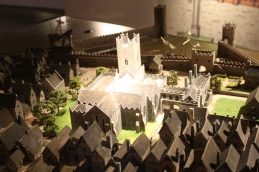 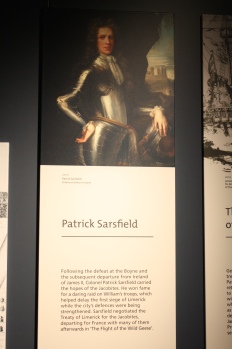 And from atop the castle walls toward the river, a handful of shots of present-day Limerick (Luimneach). 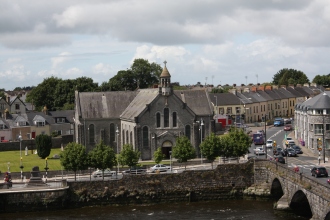 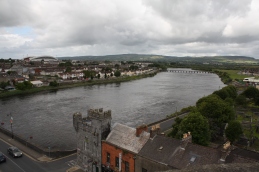 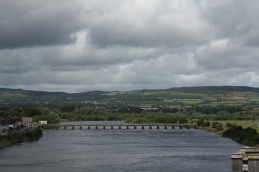 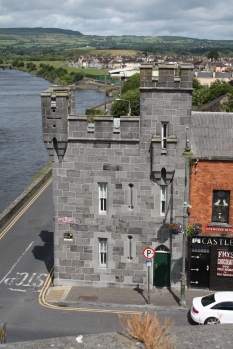 After a little lunch we hit the road for Kenmare (Neidín), a 2 hour and 21 minute drive (144km) from Limerick, a town SW of Killarney (Cill Airne). We had intended to stay two days in Killarney, but discovered there were no available rooms in any hotel or B&B within 30km of the city! We soon learned the reason–Killarney was hosting the replay of the Munster (province) football final (that ended in a draw on 5 July) at 7PM Saturday night (18 July) between County Cork and County Kerry, who were aiming for a 77th provincial title. Our GPS didn’t take us through Killarney on the way to Kenmare. So after setting down our bags at the Brass Lantern B&B, we walked into town in search of dinner. 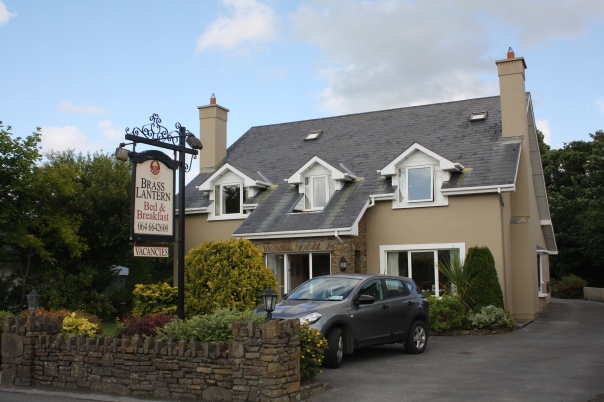 On the way into town, we came across Holy Cross church. Saturday evening mass tomorrow would be at 8PM, so we thought we’d have enough time to get back from Killarney. 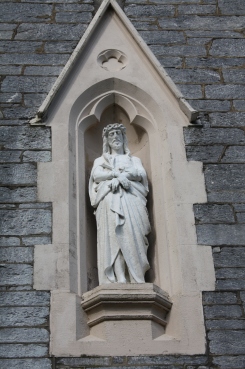 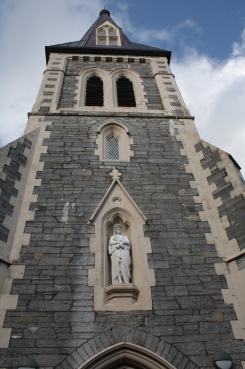 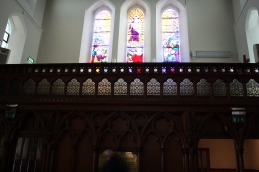 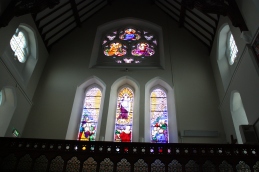 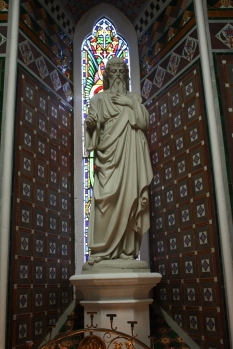 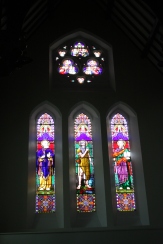 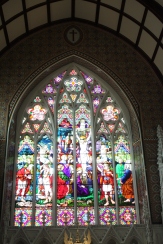 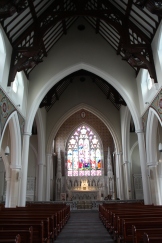 And off to dinner at P.F. McCarthy’s Bar & Restaurant on Shelbourne St. for some sweet potato soup, fish and chips, and a pint of Guinness. I must say, I am not inclined to drink it again. I have a couple of bottles at home to make some Guinness & Beef Stew. But I’m deciding from now onward, my choice of alcoholic beverage will be some hard cider. 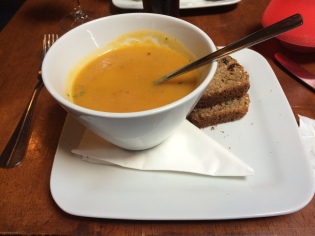 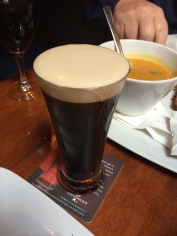 Tomorrow morning, we set out for Killarney and the Ring of Kerry.