Our last stop in Edinburgh on Sunday morning was the castle that dominates the city skyline. By the way, we went to mass Saturday evening at the Cathedral of St. Mary down the block from the hotel. I was a little disappointed. The priest-celebrant had been studying Canon Law in Rome and was helping out for 3 weeks. He went straight to “three points I would like to make in this homily.” Must have been educated by the Jesuits–nothing against the Jesuits, of course. Just not at all that inspiring.

Well, getting back on track. Edinburgh Castle is also the site of the Annual Edinburgh Military Tattoo which takes place in the Esplanade at the entrance into the castle. The stadium seating is set up, most likely to hold some royal guests from London. 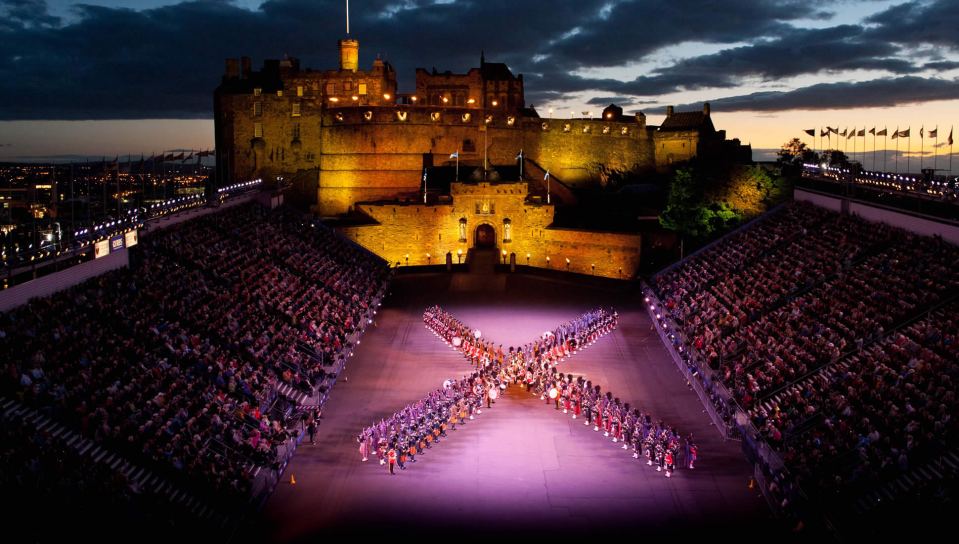 The entrance to the Castle is flanked by two statues of knights and a coat of arms above the archway. I found a page online identifying the statues as of Robert the Bruce and William Wallace. Wallace stands with a shield.

Once inside, we climbed up to the Chapel of St. Margaret in the Upper Ward or Citadel. The Chapel is the oldest building in the castle and in Edinburgh. From Wikipedia: “One of the few 12th-century structures surviving in any Scottish castle, it dates from the reign of King David I (r.1124–1153), who built it as a private chapel for the royal family and dedicated it to his mother, St. Margaret of Scotland, who died in the castle in 1093. It survived the slighting of 1314, when the castle’s defences were destroyed on the orders of Robert the Bruce, and was used as a gunpowder store from the 16th century, when the present roof was built. In 1845, it was ‘discovered’ by the antiquary Daniel Wilson, while in use as part of the larger garrison chapel, and was restored in 1851–1852. The chapel is still used for religious ceremonies, such as weddings.”

Since the chapel is in the Upper Ward, the highest part of the castle grounds, I took some shots of the surrounding valley and lower parts of the castle.

Then there was Mons Meg, “the 15th-century siege gun or bombard … displayed on a terrace in front of St. Margaret’s Chapel, constructed in Flanders on the orders of Philip III, Duke of Burgundy in 1449, and given as a gift to King James II, the husband of his niece, in 1457. The 13,000-pound (5.9 t) gun rests on a reconstructed carriage, the details of which were copied from an old stone relief that can be seen inside the tunnel of the Gatehouse at the castle entrance. Some of Meg’s large gun stones, weighing around 330 pounds (150 kg) each, are displayed alongside her. On 3 July 1558, she was fired in salute to celebrate the marriage of Mary, Queen of Scots to the French dauphin, François II. The royal Treasurer’s Accounts of the time record a payment to soldiers for retrieving one of her stones from Wardie Muir near the River Forth, fully 2 miles (3 km) from the castle. The gun has been defunct since her barrel burst while firing a salute to greet the Duke of Albany, the future King James VII and II, on his arrival in Edinburgh on 30 October 1681.” (from Wikipedia)

Inside David’s Tower was a history primer on the Royal House of Stuart, beginning with Robert I (the Bruce). 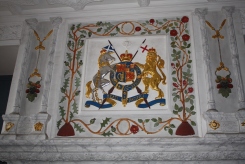 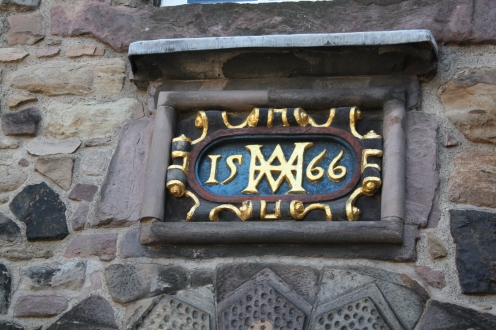 The tour includes the Stone of Destiny (Stone of Scone / Coronation Stone) upon which the monarchs of Scotland have been crowned. It was moved to London by Edward I in 1296 and has since been used for the coronation of English monarchs. I saw a film recently titled “The Stone of Destiny” (2008) which chronicles that fateful Christmas Day in 1950 when four Scottish university students stole (retook) the stone from Westminster Abbey and returned it to Scotland. Four months after it was taken to Scotland, it was returned to London. But in 1996, it was announced in the House of Commons that the stone would be housed in Scotland when not in use for a coronation in England. The last time it was used was when Elizabeth II was crowned in 1953. So it is stored in Edinburgh Castle along with the Crown Jewels of Scotland (Honours of Scotland). No pics allowed, so I lifted one off the web. 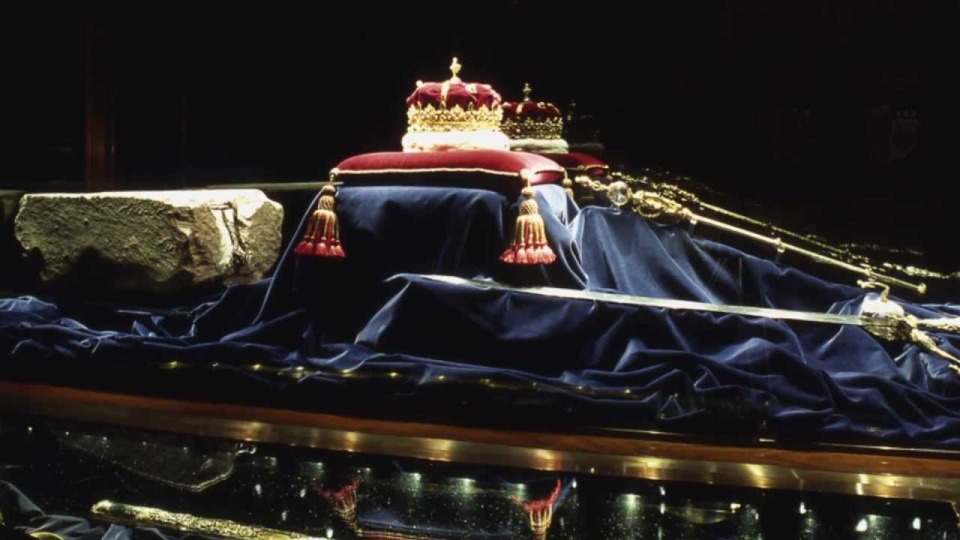 There were a few more exhibits mostly of modern-day military weapons, battles, uniforms, and prisons. We did tour the prison exhibit. I took a few photos. Eventually, I also took some more of the surrounding valley and buildings. 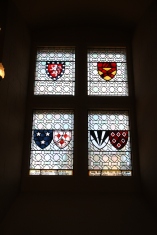 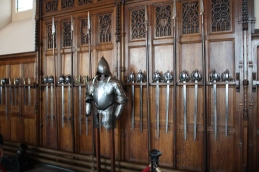 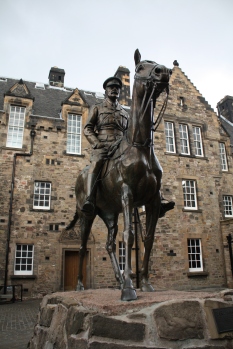 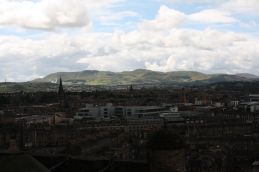 Later that day we drove down to Glasgow, where we would spend 2 nights. Tomorrow Bothwell Castle.