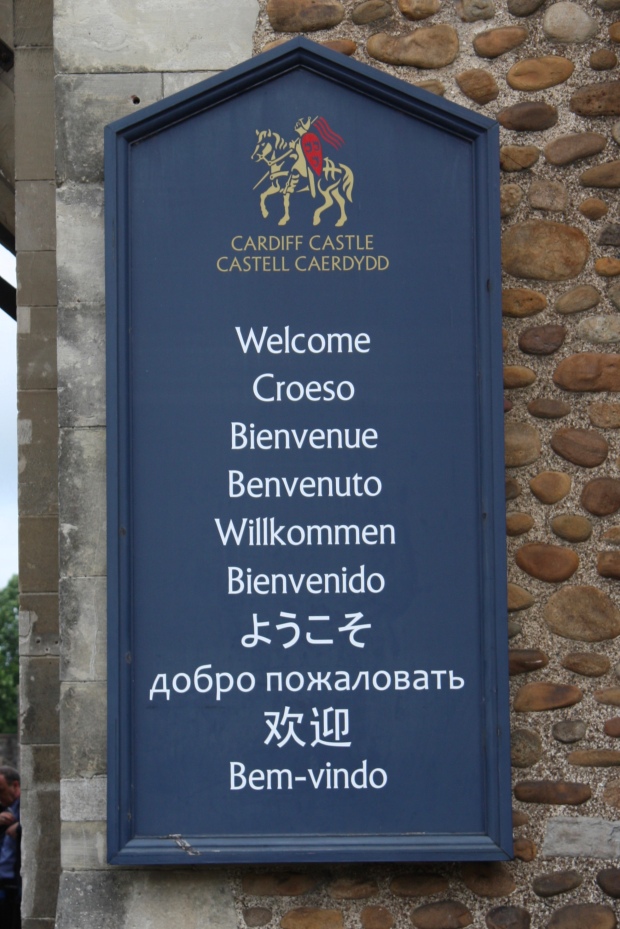 We flew out of Glasgow Airport and landed in Cardiff. I had asked Fr. Kerry if there was a way we could hire a car and drive back to Edinburgh for the International Fringe Festival that started that same night. He said it was do-able, but that it would also take 6 hours. And we were catching the train to London on Saturday. So I guess I just have to check the calendar next time and schedule my trip to Edinburgh to coincide with the festival. Bummer!

In Cardiff, we checked in at the Park Inn by Radisson in the City Centre. We had no vehicle, but it seemed everything was within walking distance. So for dinner that evening, we found the Thai House, Cardiff’s longest-running Thai restaurant. Now all through our trip, from Edinburgh to Glasgow, from Cardiff to London, it seemed we were most often opting for Thai. Our best meal in all of the UK was the Thai Taste on Cromwell Road in London. Yesterday’s meal at Smith’s in Uddingston, which was our best up until that point, would fall to second place. But enough food talk. Besides, that wasn’t till the weekend.

The next morning we meandered through the alleys and arcades of Cardiff City Centre and found Cardiff Castle, an 11th century castle. Very impressive. “In the mid-18th century, Cardiff Castle passed into the hands of the Marquesses of Bute. John Stuart, the first Marquess, employed Capability Brown and Henry Holland to renovate the main range, turning it into a Georgian mansion, and to landscape the castle grounds, demolishing many of the older medieval buildings and walls. During the first half of the 19th century the family became extremely wealthy as a result of the growth of the coal industry in Glamorgan. The third Marquess, John Crichton-Stuart, used this wealth to back an extensive programme of renovations under William Burges. Burges remodelled the castle in a Gothic revival style, lavishing money and attention on the main range. The resulting interior designs are considered to be amongst “the most magnificent that the gothic revival ever achieved”. The grounds were re-landscaped and, following the discovery of the old Roman remains, reconstructed walls and a gatehouse in a Roman style were incorporated into the castle design. Extensive landscaped parks were built around the outside of the castle.” (from Wikipedia) 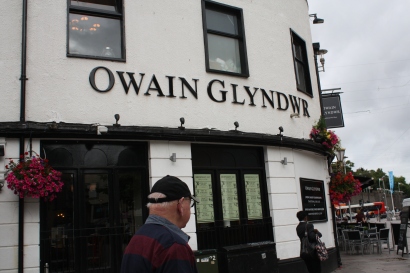 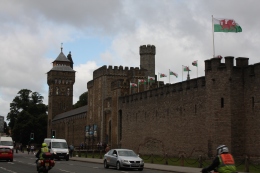 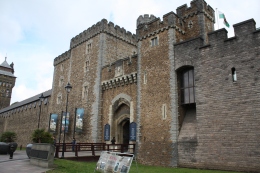 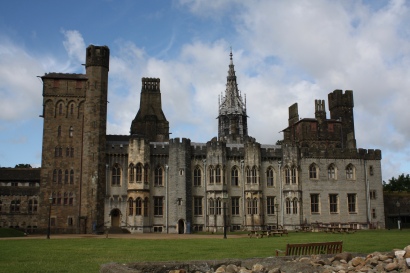 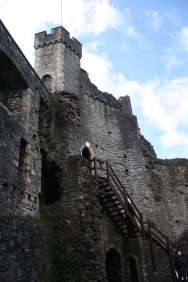 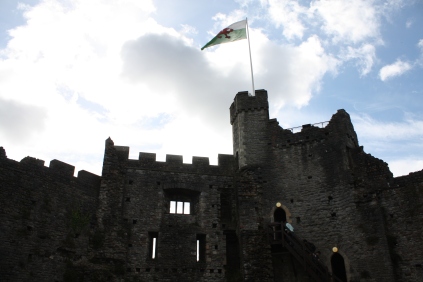 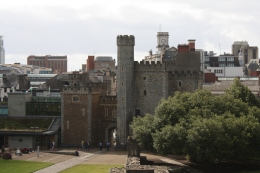 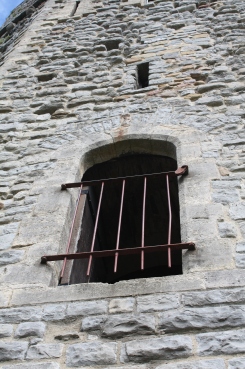 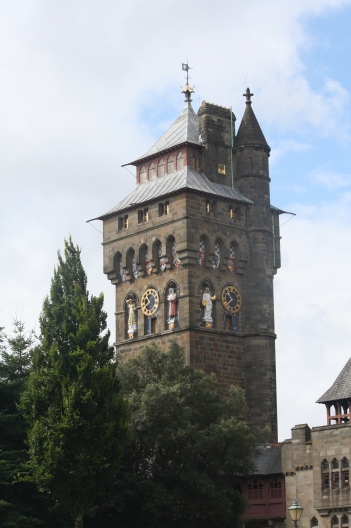 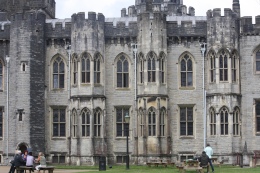 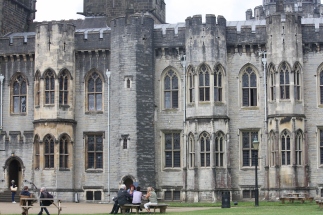 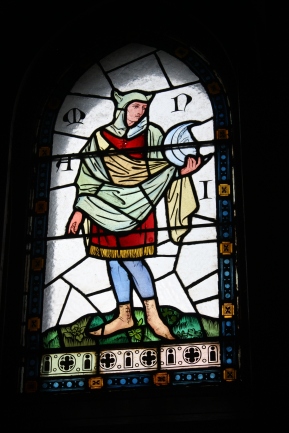 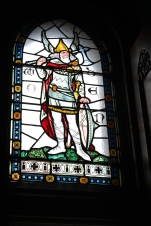 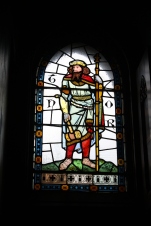 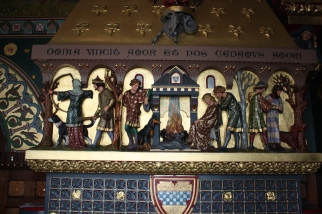 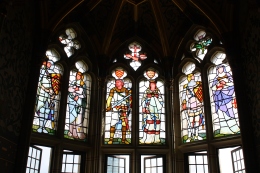 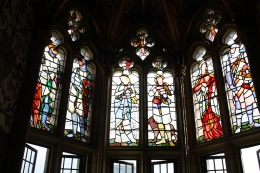 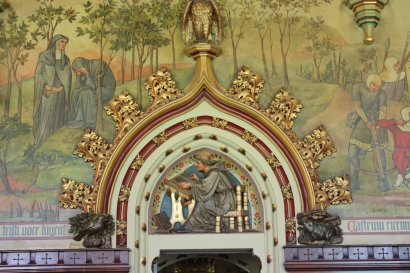 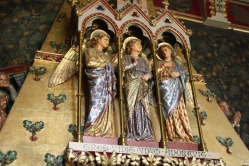 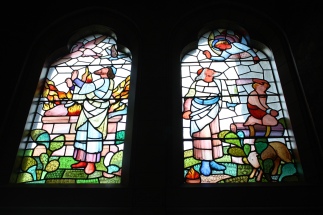 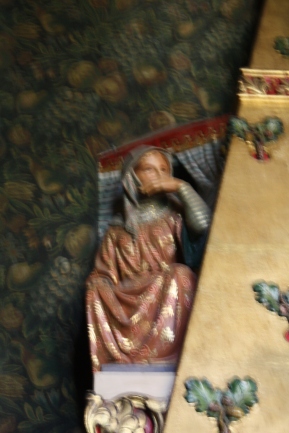 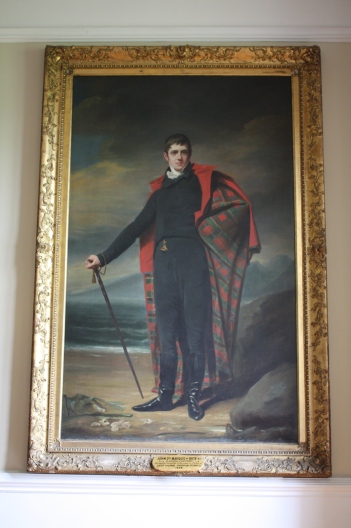 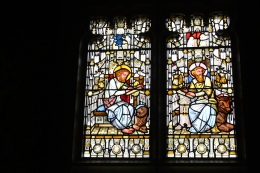 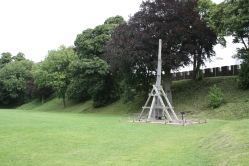 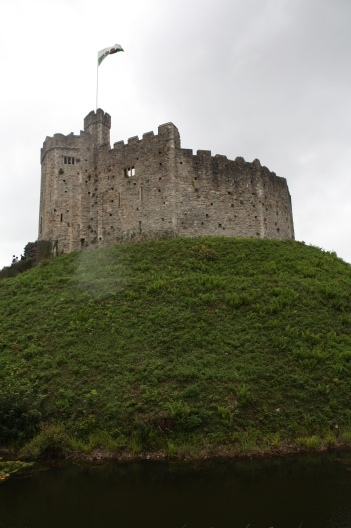 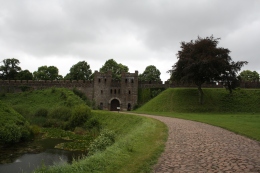 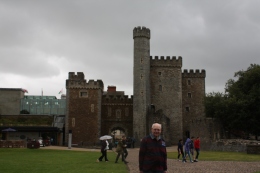 I also took a couple of panoramic photos from across the green toward the Norman Keep, the original castle on the hill.

I have to ask Fr. Kerry if he remembered what we did for dinner. So if this post doesn’t get updated, it means neither of us can remember.