Today was a soft day. We took a day trip out of Hobart, and headed east to the village of Richmond. Our first stop was a bridge, the oldest such structure in Australia. 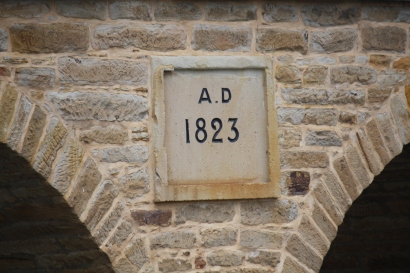 It was sprinkling slightly, so we got back in the car and drove up the hill to a church, the oldest Catholic Church building in Australia.

Upon closer examination, I was pleasantly surprised to find it is named after St. John the Evangelist, the same name of my parish at home. Beyond the name of the church, there was probably not a whole lot in common. The building might seat a little less than a hundred. There were no side aisles. The windows were large and let in a lot of light. The sanctuary was much smaller. But I’m sure it was different with people in it, a most sacred and awesome place. 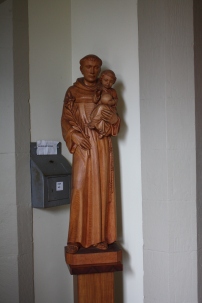 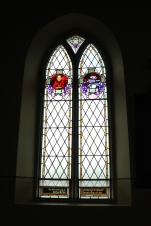 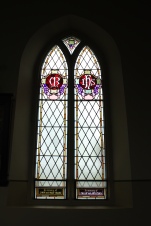 Behind the church building was a very old cemetery, with gravestones going back to the early 1800s. Walking among the gravestones was a peaceful and meditative experience.

We drove into town to explore, and parked on the main street. We walked into a shop of wood products by local artists, most made from the local Huon pine, which in all the planet reputedly grows only in the wet temperate rainforests of southwest Tasmania. I bought a bowl and a salt/pepper mill set.

Then we went next door to a 1:16 scale model of Hobart town from 1820. It is interesting that many of the buildings from that time do still stand. 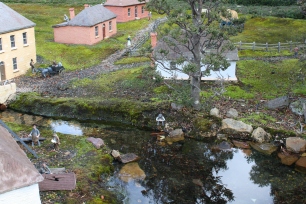 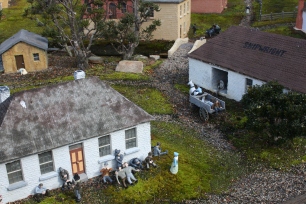 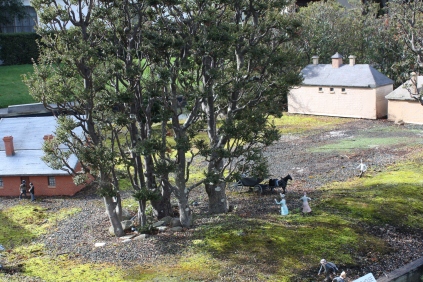 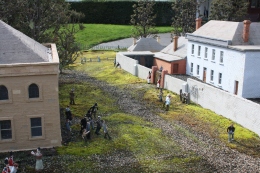 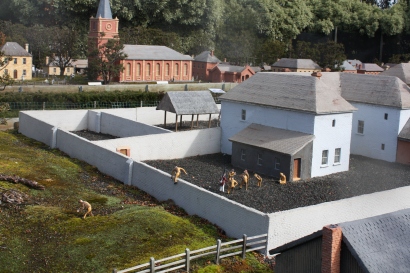 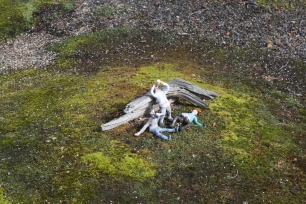 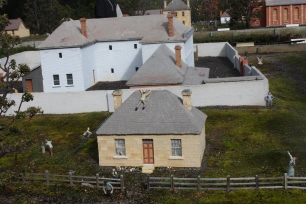 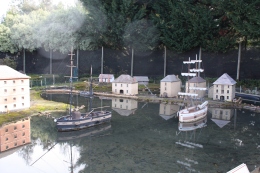 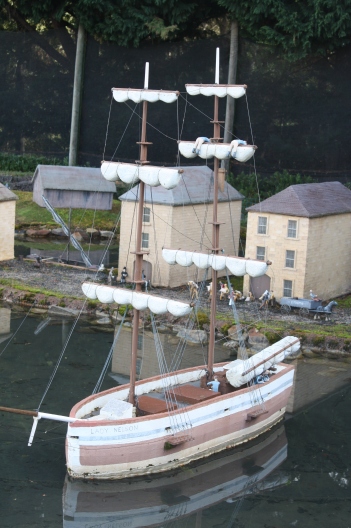 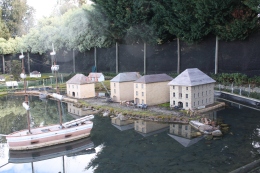 There were a few surprises among the figurines for guests to find, an adult Tasmanian Tiger with a cub, a boy falling out of a tree, a man skinning a kangaroo, and a woman hitting a snake with a stick. I found the first two.

We took lunch at the Richmond Arms Hotel across the street from this last attraction. 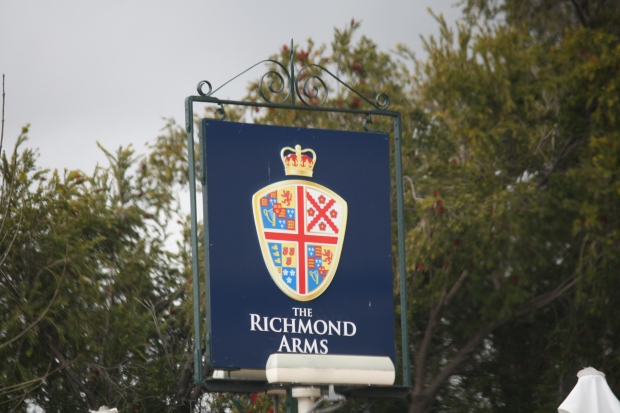 Tomorrow we drive up the east coast to the summer resort town of Bicheno.

← Hobart & Port Arthur
Knowing the Right Answer is Not Enough →